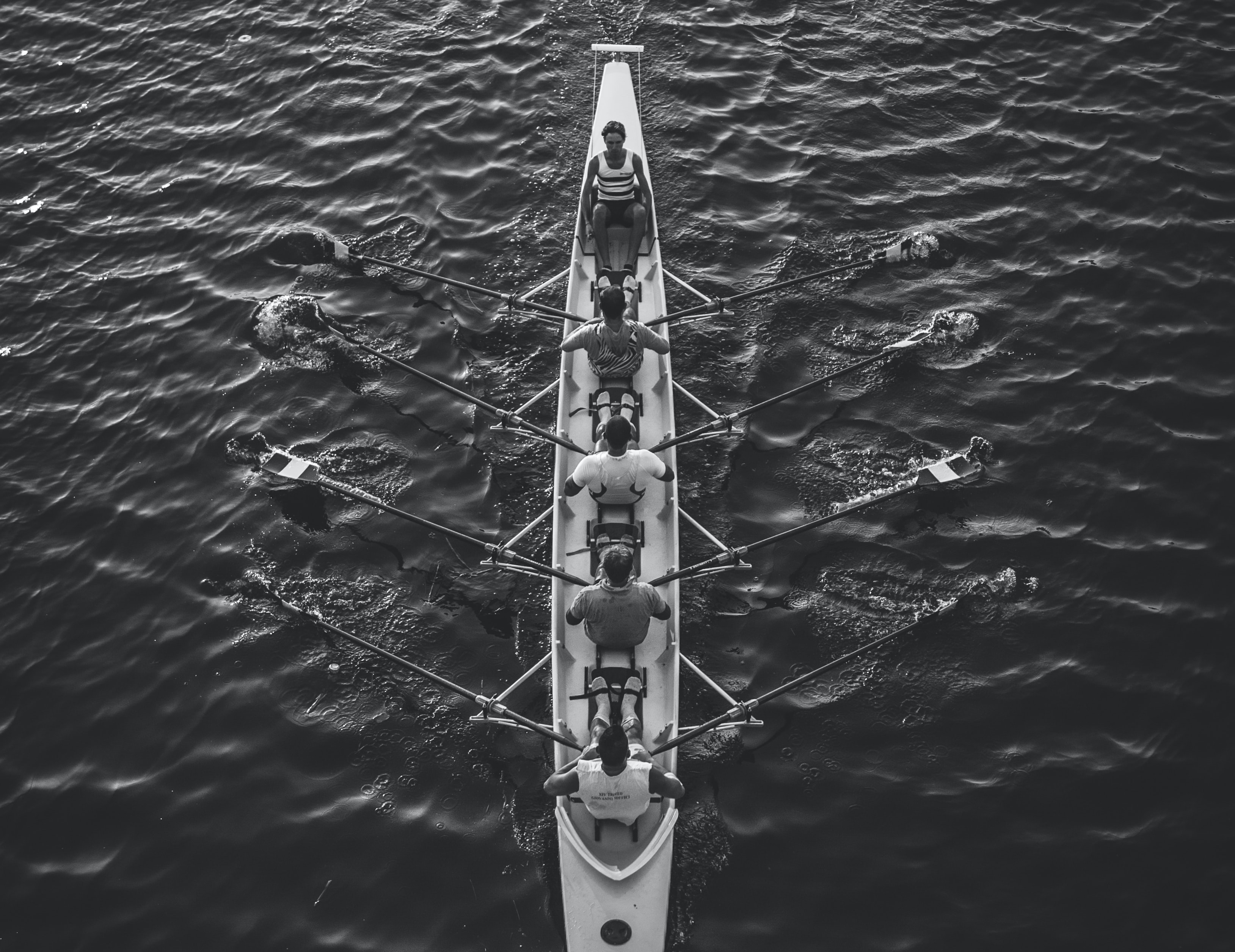 The biggest successes happen because of high-performing teams. Sure, celebrity CEOs get a lot of attention, but usually their success has come about through the accomplishments of a strong team working together. But how would you build that kind of team and make them first-rate?

Over the course of my career, I’ve worked under some of the best leaders and some that left a bit to be desired. I’ve learned from both the good and the bad, and crafted a framework for building, managing, and growing high-performing teams.

I break this down into five pillars:

It all starts with your people, and you need great people on your team to accomplish great things.

First, define your ideal hiring profile per role and then recruit for that. Build the profile of this person to include the responsibilities and specific skills necessary to succeed. And make sure to include the “soft” skills as well as the hard skills.

But don’t fall into the trap of making this profile unattainable, or only looking for the “perfect” candidate, because that person might not exist or might cost more than your budget. Be open to hiring people who have the foundational traits to succeed, but lack some of the exact skills and experience. For example, I can teach anyone how to deliver an effective product demo, but I can’t really teach someone how to not be arrogant and confrontational.

Now you’ve hired some top notch people, and now you need to get them up to speed as quickly as possible.

For one, top performers want to work hard so sitting in onboarding for 6 months will dampen their spirit and enthusiasm. Secondly, you’ve already invested a lot of time, money and energy finding this top performer so it’s in the business’ best interest to get them going as quickly as possible.

My goal is to help someone reach basic proficiency as quickly as possible. I want my new hires to be able to get real world experience, be productive and start leading their own deals as soon as possible. To do so, I deconstruct the role into the foundational knowledge and milestones that’ll lead to success. I’ve built a series of onboarding and enablement courses to teach people the lingo, complete hands-on labs, conduct partner-based exercises, and pass certifications to test their knowledge. I’m not aiming for them to know 100% of everything, just enough to get into the field and start building their “real” experience.

You’ve got productive people, they’ve hit their stride, and they’re contributing to the team.

But how do you keep them around? Today’s hiring market is wildly competitive. Big companies can offer big packages and include all sorts of exciting benefits. Your company might not be able to compete on those terms so you’ll have to get creative, like I have.

I try my hardest to make sure that each person on the team has an opportunity to grow professionally, intellectually, and financially… and have some fun along the way too. Building camaraderie is a big part of this; people need to feel like they are part of a real team where they can be supported and appreciated. I try to reward and recognize people who go above and beyond the call of duty. And I find ways to give people a voice so that they can shine in a way that suits them.

I’ve also been willing to have an uncomfortable conversation if I thought that someone may be at risk of leaving. I’d rather they find their next step within the company rather than leave to somewhere else.

Your people are working hard and moving fast. Terrific!

But what about burnout? What about overloading someone while someone else is bored? What if you’re under capacity and need to hire more, or will need to hire in the coming months? And then add in family/personal stress or the impact of a global pandemic. It’s not hard to imagine how a top performer would get burnt out and think that changing jobs is the answer.

You’ll want to look at the metrics for your team and learn what “healthy busy” looks like. As in, busy enough to be a strong contributor but not so busy they’re pulling out their hair and not sleeping.

For my team, it’s a combination of sales activity, software evaluations, open deals, and the dollar amount tied to the deals. The dollar amount is especially interesting. I’ve found that a single big deal might not actually be as much work compared to someone who’s working 10 smaller deals but getting pulled in a million directions. But typically the big deals tend to get the most attention and the person grinding away on lots of small deals feels left out–it doesn’t have to be that way.

Your approach will depend on the nature of your business and the role. But take some time to think about what “healthy busy” means for the role and start gathering the metrics to track that.

And finally, the end goal! The business exists to achieve some goal (if it didn’t then it wouldn’t be a business), and you must measure how well your team performs to hit the goal. In almost all cases, that goal is to build revenue,

I look at individual and regional metrics across revenue, deals won, win rate and quota attainment. In addition, I want to know how well my team is performing in the parts of the sales cycle where they have the most impact, e.g. winning proof of concepts and delivering compelling demos.

While my focus is on the sales side, your end goal in Marketing might be to generate new leads, Development would build the next awesome thing, or Support would deliver excellent service to their customers. Whatever the case, either your people are hitting their goals or they’re not and you need to know it. (And if you don’t have goals then that’s another topic.)

In closing, you’ll notice that the first three pillars are all about the people because they’re fundamentally how you’ll over-achieve.

You might have the right product/market, but the WRONG people, and then your path to success will be a lot tougher. But if you have the wrong product/market, and the RIGHT people, then those people at least have a chance to pivot and achieve success another way.

Ideally, you have it all: the right people, product, market, and you can build and develop a high-performing team that achieves terrific success. I hope this framework helps!